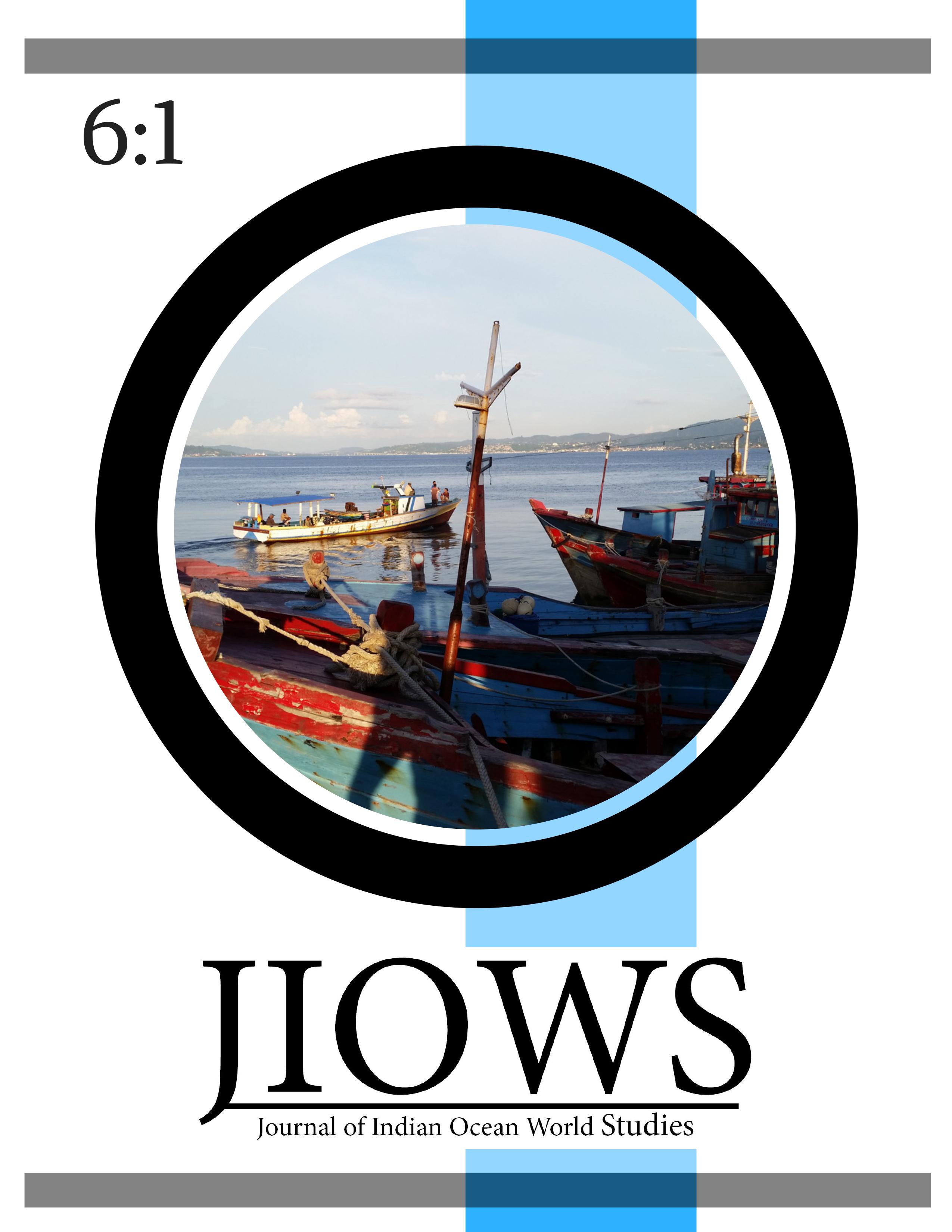 
This special issue is the second of two that have emerged from a conference in Halle, Germany, in September 2019 with the theme ‘Us and them: Diasporas for others in the Indian Ocean.’1 In the introduction to the previous issue, in which we conceptualized the Indian Ocean as a diasporic space, we concluded by observing that a ‘diaspora for others’ could be characterised as plurilocal, ‘a network of spatially dispersed and geographically overlapping communities that exhibit a dynamic cohesion that is rooted in historical configurations, spatial particularities and contemporary practices.’2 Plurilocality distinguishes these diasporas from spatially dispersed groups which may be described as diasporas, but which display no real social cohesion and are simply multi-sited. Plurilocality is the infrastructure of both intra- and transnational phenomena in the contemporary world, and characterises diasporas for others, diasporas that are spatially dispersed social formations that exhibit a degree of commonality and coherence, whether cultural or social. In particular, it is through this infrastructure that transnational connections and identities in the Indian Ocean can be explored.