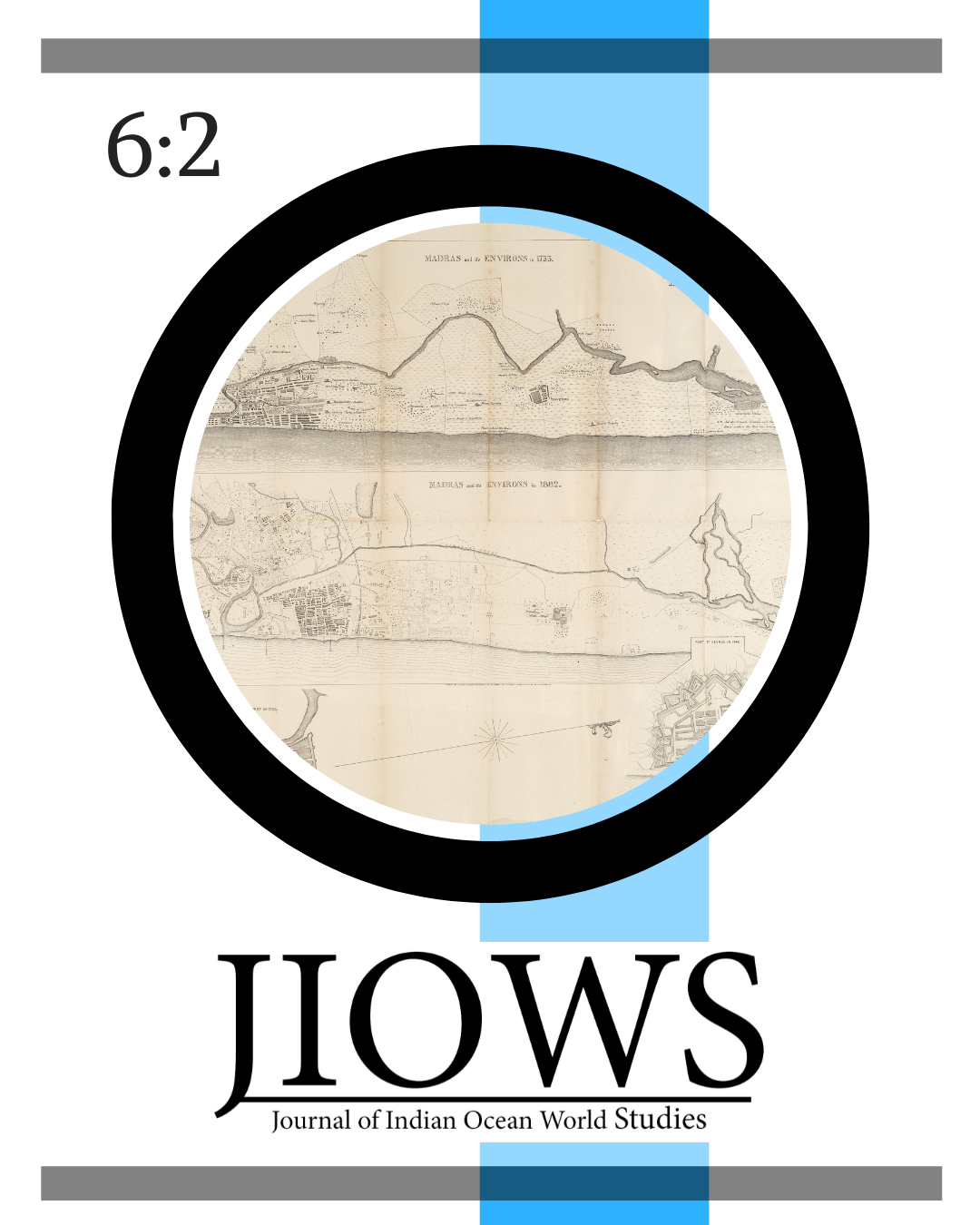 
In this article, I discuss the fact that human-ocean relations are increasingly being scrutinized, as scholars seek to frame, understand and mitigate the impacts of climate change on Earth. I propose that for the southwest Indian Ocean that scholars follow Chimamanda Adichie’s directive to critique ‘single stories’ by considering locally produced, embodied, sensorial relations of indigenous peoples and local communities (IPLCs) to the sea and coasts, as well as the role that such relations might play in shaping health. I add that such relations cultivate a ‘blue’ consciousness and a nascent ‘blue’ rights – borne of symbioses between humans and ocean. I add that these advance a holistic and integrated human and ocean health. The discussion makes the case for the re-placement of globalized paradigms of climate change and for the inclusion of locally generated narratives of human relations with the sea. I posit that a more careful analysis of coastal and oceanic (intangible cultural) heritages can reveal transmaterial, interspecies relations with the sea. Drawing on anthropological research in the Southwest Indian Ocean World (SWIOW) and then in coastal South Africa, I argue that such narratives can herald not only a notion of global blue rights, they can also herald, from the ‘periphery’, a blue era where there is deeper consideration of sustainable human relations with the sea.